How is the nostrification exam in the Czech Republic

Nostrification exam in the Czech Republic

After preparing for the exams using textbooks and materials posted on the Internet, you must come to the exam on the appointed day. “Usually everyone comes in 30 minutes and sits near the office, waiting for their turn. And there really is a queue, because on your day other students will take exams besides you.

How is the nostrification exam in the Czech Republic

Exams in the Czech Republic most often take place on different days. However, it happens that two exams on the same day, with a short break – this is normal. Where and when you take the exam does not affect its difficulty in any way. So if you get into one school and all your friends go to another, it doesn’t mean anything. The general program of schools is the same, and everyone is asked from the same list of topics.

How to pass the nostrification exams in the Czech Republic? The form of the exam varies. Someone gets the oral version of the exam, someone written. Everyone will know about this in advance, even before the preparation for the exam begins. It is enough to ask about this at school when you receive information about the time for taking the exam. Tickets are drawn for the subjects, and time is given for preparation (5-20 minutes depending on the subject). Usually 15 minutes are given to prepare. To pass the nostra in the Czech Republic, only one attempt is given for each exam.

How to pass exams in the Czech Republic for nostrification?

“Nostrification exams in the Czech Republic are held in the Czech language. However, the examiners do not pay much attention to it, you will not be able to fail the exam due to the poor pronunciation of Czech words. The main thing is that you understand what you are being asked, and the examiners understand that you are answering them. So far, I do not know of a single case of an evil examiner, and I and my friends have always had such examiners who were very loyal to a weak level of language proficiency. They were only interested in knowledge of the subject.”

It is usually forbidden to take any kind of helping plates with you. It is known that sometimes they are allowed with dictionaries of the Czech language, but this is not an exam help, this is an aid to understanding, which you probably will not need. Since the host people, already over the years of work, have become accustomed to foreigners, and skillfully find contact even with those who find it difficult to connect three words in Czech.

Topics and tickets for nostrification exams in the Czech Republic

Passing nostrification exams in the Czech Republic – do I need an interpreter? 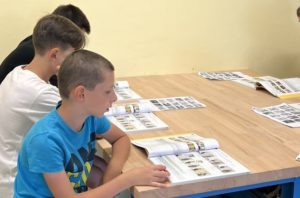 Nostrification without exams in the Czech Republic interni evaluace