Academic titles in the Czech Republic after graduation 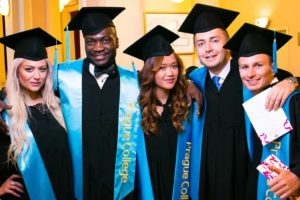 In the Czech Republic, every university graduate has a title that he can use not only in any documents (up to bank documents, where a separate column is provided for indicating the title), signs, business cards, but also wherever his name is mentioned. The title becomes part of the person’s name until the end of life. It is not possible to ascribe a title to yourself – their use is protected by Czech law and liability is provided for unauthorized use.

Academic titles in the Czech Republic

Prefixes appear before a person’s name. For example, “Mr. Dana Antonová” and the most popular are academic ones, because they are given to all graduates of universities in the Czech Republic. The lowest title is Bachelor. Students receive a bachelor’s degree, and with it the title “Bc.” (Bachelor) or “Bc.A” (Bachelor of Arts) upon completion of a bachelor’s program. However, this is the only title that is not used in circulation and the graduate receives a diploma in the Czech Republic.

Titles after graduation from the Czech Republic

After completing a master’s program in the Czech Republic in technical, economic and agricultural specialties, a person receives the title of engineer (“Ing.”). The title of students of architectural universities has a clarification: “Ing. arch.” (engineer-architect). Graduates of creative universities are awarded the title “MgA.” (Master of Arts), the rest use the title “Mgr.”, i.e. Master.
Mgr. – magister (master)
MgA. – magister artis (master of arts)
Ing. – ingénieur (engineer, master of technical program)
Ing. arch. – ingerum architectus (architectural engineer, master of technical architectural program)
Students of medical universities upon graduation receive the title “MUDr.”, which stands for “Doctor of Medicine”. Medical students receive a diploma from a Czech university.

IT education in the Czech Republic

Degrees from universities in the Czech Republic

If a student who has completed a master’s program wishes to continue his studies in doctoral studies, then after successfully defending his dissertation, he is awarded the academic title of doctor. It should be noted that students of doctoral studies in the humanities receive the title of the type “PhDr.” (Doctor of Philosophy), and students who complete doctoral studies at the University of Law are rightfully given the title “JUDr.” (doctor of law).
Scientists, that is, students who graduated from universities in the Czech Republic in the specialties of natural sciences, are awarded the title “RNDr.” (Doctor of Natural Sciences). There are also two separate doctoral titles: “ThDr.” – Doctor of Theology and “PharmDr.” – Doctor of Pharmacy. Czech university diploma.

List of Public Universities in the Czech Republic for International Students

Titles at the university of the Czech Republic

Scientific and academic titles in the Czech Republic

Only Th.D. titles are currently in use. (Doctor of Theology) and Ph.D. (philosophiae doctor, Doctor of Philosophy), awarded to graduates of doctoral programs.
The strange awarding of the title “Doctor of Philosophy”, for example, to Czech IT specialists is caused by the tradition of existence in the Middle Ages at universities of four faculties – theology, law, medicine and philosophy. Therefore, at present, doctors are divided according to these 4 areas.

Contacting a university teacher in the Czech Republic 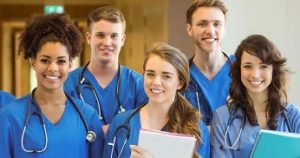 A scientific and academic title is written after the name – Mgr. Dana Antonová, Ph.D. All of the above Czech degrees are written before the name of the person and indicate that he has completed a bachelor’s or master’s study program. But if you see them after the name of a person, then you have a doctoral graduate who received a Ph.D. (Doctor) or Th.D. (Doctor of Theology). You need to address him in accordance with the highest academic degree: pane doktore / paní doktorko.

If someone has several titles next to their name, we always call the biggest (senior) title. For example: professor > associate professor > doctor > master.
For women, we always put the word paní before the title, regardless of whether she is married or not.

Study medicine in the Czech Republic

Scientific and pedagogical titles and academic titles in the Czech Republic

These titles can only be found among academic workers.
doc. – docent, associate professor, for obtaining it is necessary to write a paper and pass the so-called. “habilitation” (Czech. Habilitace)
prof. – profesor, issued for great merits in science.

Professor (abbreviated prof.) – the highest title in the Czech Republic, which can only be obtained for a serious contribution to science. Therefore, if the name of a teacher in the Czech Republic has the abbreviation prof., you should only refer to it as pane profesore / paní profesorko if doc. – pane docente / pani docentko.

In general, the system of scientific and academic titles in the Czech Republic is quite confusing, it is very difficult to figure it out. For daily use, it is enough to know:
Ph.D.
MUDr. — doctor of medicine,
JUDr. — doctor of law,
Ing. – technical master,
Mgr. – Master of Humanities,
bc. Bachelor’s degree, lower level.

Obligations of foreigners in the Czech Republic – Law on foreigners, fines