Common manners in the Czech Republic

If you see an elderly person on public transport, it is customary to give him your seat. The same goes for pregnant women, people with broken limbs, etc. When you first meet a person, you need a firm handshake and direct eye contact.

You are expected to have a certain status. This means that when visiting theaters, concert halls, you need to dress up. A shirt with a jacket or full suit for guys and a nice dress or dress for ladies usually do the trick. Jeans, shorts and T-shirts are not. Bad manners of a person – by the way, if you are a guy, having a hat indoors is also a big mistake.

When you visit someone’s house, take off your shoes. You leave shoes with outside dirt in the hallway. The host will provide you with slippers, don’t worry.

Good manners in the Czech Republic

“You make an appointment at four o’clock, you have to be on time.” It doesn’t matter if you’re five minutes late, you’re late. So plan ahead and don’t be late. Next, you will learn how to behave in the Czech Republic.

Here are some distinctive features of Czech etiquette. Czechs blow their nose everywhere and everywhere. The habit of visitors to “squish their nose” seems unhygienic to them.

See also  How to use public transport in Prague

Manners of appearance in the Czech Republic

The attitude to clothing in the Czech Republic is conservative. The more convenient, practical and simple – the better. What is the appearance of Czech girls? Czechs do not really care about their appearance and do not really care for themselves. The point is that they want to live simply. Their appearance reflects their lifestyle. Many Czech women look like “scouts” going on a hike in the mountains. Sneakers, jeans, a sloppy ponytail. But why try to be what you are not? Czechs love hiking and mountains, and so do their friends, so everyone around them is happy with their appearance. And their young man will be with similar interests, he will also maintain a minimum presence of cosmetics, and a minimum of painted nails.

Manners in the Czech Republic 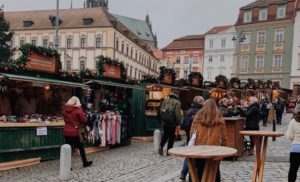 Christmas traditions in the Czech Republic

– Czechs greet each other all the time. Even if they are strangers or meet several times a day. Czech etiquette and manners in the Czech Republic – when entering a public building, shop or doctor’s office, a greeting is expected.

– When meeting, they shake hands with both a man and a woman.

– Faced on the street – both will apologize.

– Etiquette in the Czech Republic. Usually only friends refer to each other by their first names. In a formal setting, they use the treatment “mister” (pan) or “madam” (paní) together with the surname.

– “You” is a common form of addressing strangers, and in order to switch to “you”, it is necessary to obtain consent from the interlocutor.

– The Czechs are hospitable, but it is customary to invite only close friends to the house. Even birthdays and name days are most often celebrated in a restaurant or cafe.

– If there is a queue somewhere in the Czech Republic (fronta in Czech), the order is clearly observed.

– In the Czech Republic, they always say goodbye and thank you (in stores, at the post office, in restaurants).

See also  Where to eat tasty and inexpensive in Prague - Review of the best cafes, bistro

– Czechs are law-abiding: they rarely make noise after 22:00, do not cross the road at red lights, do not litter on the street.

– Czechs are restrained, tolerant and tolerant. Czechs are very punctual.

– In the Czech Republic they don’t like fast speech. Czechs are superstitious.

– In extremely rare cases, men let women go ahead. In the Czech Republic, the rule is different: the woman follows the man.

– In Czech restaurants, it is customary to leave a tip in the amount of 5-10% of the check amount.

How to become your own in the Czech Republic? 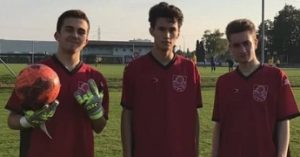 To begin with, the Czechs have a very close relationship with sports. From childhood, children are put on skis, put on a bicycle, accustomed to hiking and, in general, to active pastime. A common practice in Czech schools is a seven-day trip with a class to a ski resort, the so-called “ski”. Do you want to find friends? Go to the skating rink, climbing wall, trampolines and the environment of sociable Czechs is provided for you.

Czech manners. If you don’t like sports, then there is beer. Beer, whatever one may say, is an iconic element of Czech culture and a matter of national pride. Young Czechs often hang out in bars for a glass of refreshing foamy drink. Invite your classmates there and they will 100% accept this offer. The main thing is not to tell a Czech that German beer tastes better!

Czechs don’t bother about everyday clothes, therefore, in order to be accepted as one of their own, don’t dress up on the street like for a ball, otherwise you will be a black sheep.

Strange habits of the Czechs

Czech mentality. How the Czechs live. Says a migrant