Czech Republic – how to find a house and an entrance in Prague by number. How to understand the addressing of buildings

Czech Republic – differences in the numbering of buildings in Prague. The simplest difference is that in the case of houses with several entrances, each entrance is assigned its own house number.

Legally, an apartment building is an association of several houses-entrances. This system is actually very convenient: a friend tells the house number, you can dial it in Google Maps and immediately see the entrance to the right entrance, and not run along the whole house. It is also convenient for the post office, which is extremely important and is used daily — the postman carries correspondence immediately to the right entrance. In part, this addressing is forced, because in the Czech Republic, the names of the people actually living there are indicated on calls to the apartment and mailboxes, and no numbers are indicated. Accordingly, in a large apartment building, it would be extremely difficult to find the right call or mailbox just by name.

Czech Republic – complex numbering of houses in Prague for foreigners

The main role is assigned to the “ordinal numbers”, which appeared in the Czech Republic in 1770 during the reign of Maria Theresa for the modernization of navigation and accounting of buildings. In those years, numbers were assigned clockwise around the city starting from the main building of the city (town hall, castle, etc.) and at first there was a regular renumbering of all buildings. Before that, the buildings were named after the memorable elements of the facade of the building (“The eagle”, “3 cats”, “3 violins”, etc.) or the name of the family, which, despite all the romanticism, was extremely inconvenient for the state administration. 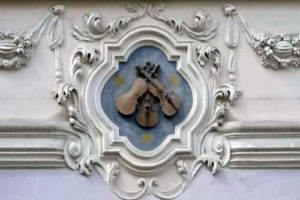 Czech Republic – unusual numbering of houses in Prague. It is quite inconvenient to constantly change numbers throughout the city, so in the 1860s the use of an “orientation number” was introduced. As its name implies, it serves only to simplify the search for a house on the street, in fact it is secondary, the building does not have to have it, and therefore in some cases new houses (including residential buildings) he is not.

Czech Republic – features of the numbering of houses in Prague. If both numbers are indicated in the number, then they are indicated by a fraction. First the number is ordinal, then orientation. For example, the full address of the station in Podebrady is Družstevní 209/1, Poděbrady III. Accordingly, the building has the number 209 in the district (Poděbrady III), and 1 — on Družstevní Street.

On buildings in different cities, the designation may be different, in Bohemia it is customary to write an ordinal number on a red plate (i.e. by district), and an orientation number on a blue one (i.e. by street). 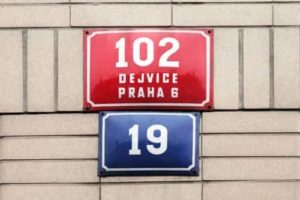 How can a foreigner understand the numbering of houses in Prague

The last problem is the active use in the Czech Republic of the division of cities into districts. As a rule, the area is indicated on the plate with the number.

I have to pay attention to the fact that these are exactly districts (Czech. Části obce) and despite the presence of numbers after the name of the city, they should not be confused with the seemingly similar numbering in Prague (Praha 1, Praha 2, etc.). In Prague, in this case we are talking about urban districts (Czech. Městské části) Moreover, the city district is not obliged to include one or another district entirely: for example, part of the Prague Bubenech district (Czech Bubeněc) belongs both to Prague 6, and the remaining part is included in Prague 7.

See also  How to use public transport in Prague

Due to this rather complex numbering structure and the division of cities, there are many ways to write the same address, so you do not need to be scared when you can be given different addresses for the same building.

You have an address in one form or another, and the full address can be obtained using the Czech service Mapy.cz . We go to the site and specify the available address in the search field and press Enter, a block with search results appears on the right.

As a rule, there are no difficulties and the required house is displayed immediately. If several houses are found, select the most suitable one from the list. Parsing the information in the block is extremely simple.

Czech Republic – differences in the numbering of houses in Prague. In the case of Prague , the situation. 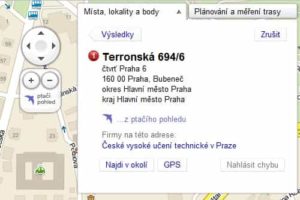 Why do we need numbers on street lights? How can a flashlight save a life?

How to rent an apartment in the Czech Republic for a student: search, selection, contract, payments, departure