Time to read: 3 minutes
Content hide
1. How a street lamp can save a life in the Czech Republic
1.1. Why do I need numbers on lampposts in Prague?
1.2. How to figure out the numbering of lanterns in Prague
1.3. Похожие записи:

Street lights in the Czech Republic. Numbers on lamp posts in Prague 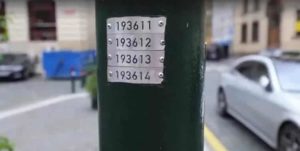 Numbers on street lights in Prague

Lanterns on poles in Prague have their own characteristics. A unique identification number of six numbers is attached to each of the street lamps. This helps the municipal enterprise Technologie hlavního města Prahy, which acts as a street lighting operator in the Czech capital, to control its network and promptly replace failed lamps. But the numbers have another important function: operational services such as ambulance, police and firefighters are guided by them. Red Light Street in Prague is located at ul. Ve Smečkách, 110 00 Praha 1, Czech Republic near Wenceslas Square. During the day, this street is not particularly remarkable, but with the onset of dusk, dozens of brothels and casinos open their doors here, and signs are posted on the windows of houses: “Do not disturb! We are working with the client!”.

Why do I need numbers on lampposts in Prague?

A lantern in Prague will save a life. Prague street lights in an emergency. If something happened on the street, you had to call one of these services (recall important phone numbers: European emergency service – 112, ambulance — 155, Czech Republic Police — 158, fire Service — 150, Prague police — 156), but you do not know the exact address, it is enough to tell the operator the number at the nearest street lamp in Prague. This will be a better landmark than the shops, cafes and nightclubs that are nearby on the streets.

Street lights in Prague on narrow streets in the city center may not be mounted on poles, but attached to walls. In this case, look for the number on the door of the electrical panel closest to the lamp. This number can be seen at a height of 150 cm from the ground.

How will the numbers of lanterns in the Czech Republic help. Digital designations are used in many localities, but emergency services do not have access to them everywhere. It’s better to find out in advance. By the way, unlike Prague, in other cities on the streets in the Czech Republic, identifiers can begin with letters that denote the city itself. 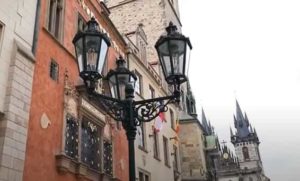 How to figure out the numbering of lanterns in Prague

The numbers are assigned either randomly or in the order of the installation of the lights, so that no important information is encrypted in them. There is only one interesting pattern: the first digit corresponds to the administrative district of Prague: so, in Prague 1 number will start with one, and Prague 5 — with five.

LLS – street lamp localization system in Prague. A public map of all street lights on the streets of the Czech Republic is located at https://zjisti.si/zarizeni

How to understand the numbering of houses and entrances. How to find the right address

See also  Review of trendy cafes in Prague for a students and young people
We use cookies on our website to give you the most relevant experience by remembering your preferences and repeat visits. By clicking “Accept All”, you consent to the use of ALL the cookies. However, you may visit "Cookie Settings" to provide a controlled consent.
Cookie SettingsAccept All
Manage consent