Where to get a pharmacist’s specialty in the Czech Republic. Terms of training as a pharmacist

Pharmacy in Czech universities. For applicants who love chemistry and are ready for intense study, pharmacy is a very promising choice. This is a complex and interesting specialty, which has a promising future in the modern world. In the Czech Republic, education in the field of pharmacy meets European standards and modern trends – during training, emphasis is placed on clinical pharmacology and pharmacoeconomics. The competition for pharmacy in Czech universities is not as high as for medicine (the success rate of admission is 60-80%). But in terms of complexity, studying in the Czech Republic at pharmaceutical faculties corresponds to studying at medical.

A pharmacist in the Czech Republic is consistently in demand on the labor market. Among graduates of pharmaceutical faculties, there is almost zero percentage of lack of employment.

The Faculty of Pharmacy moved due to the urgent need to link education and science in the field of pharmacy more closely with the medical and natural sciences taught at Masaryk University.

It is worth saying that Masaryk University in Brno is one of the fastest growing in Europe. This is where new specialties and new learning concepts appear. According to the rector of Masaryk University Martin Baresh, the close relationship of pharmacy, medicine and natural sciences is important for the development of personalized medicine necessary to improve the health and quality of life of our society, which in the near future is expected to change in the age structure of the population and the risk of epidemics like COVID-19.

Since the academic year 2020-2021 Masaryk University consists of 10 faculties. The new faculty is the Faculty of Pharmacy.

Pharmacy at Czech universities: about the program

Pharmacy in Czech universities. Training as a pharmacist in the Czech Republic goes on continuously for five years before obtaining the title of master. The curriculum meets the current state of pharmaceutical sciences and the needs of Czech and European practice, and also meets the objectives of the European Association of Pharmaceutical Faculties.

Among the main subjects studied are organic and inorganic chemistry, biophysics, Latin, pharmacology, molecular biology. Part of the training is a mandatory six-month internship at a pharmacy.

The curriculum of the Czech pharmacist allows students to specialize by choosing subjects independently. Graduates are qualified to provide information on all aspects of medicines and to provide consulting services in the field of prevention, early detection of diseases, health promotion and use of medicines by healthcare professionals and the public.

How to become a pharmacist in the Czech Republic

Where is it better to study pharmacy in the Czech Republic – in Hradec Kralove or Brno? There is an opinion among Czech students that the faculty in Brno is primarily focused on pharmacy practice, whereas in Hradec Kralove more attention is paid to research.

Pharmacy at the Charles University 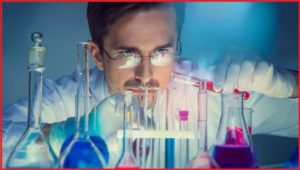 Pharmacy at the Charles University

From the point of view of scientific activity, the Faculty of Pharmacy of Charles University is one of the leading in the Czech Republic. The faculty’s research is published in the most prestigious scientific journals, faculty members are the authors of a number of patents and inventions.

The entrance exam to the Faculty of Pharmacy of Charles University in Hradec Kralove takes place in one round and consists of two tests: in chemistry and biology (including botany). Each test consists of 50 questions. Applicants must have knowledge at the level of a graduate of a Czech gymnasium. During the exam, you can use simple calculators.

Last year, 667 applicants came here to “Pharmacy”, 556 of them successfully.

The first 2 years of study are devoted to the study of organic chemistry, biophysics, molecular biology and genetics. At the senior courses, more attention is paid to the core subjects: clinical and social pharmacy, pharmacology, toxicology.

Specialty Pharmacy in the Czech Republic at Masaryk University

The concept of the Faculty of Pharmacy of Masaryk University is based on a very narrow cooperation of medicine and pharmacy with the aim of a personalized approach to the patient. The goal is to develop promising and rational pharmacotherapy.

Masaryk University provides the Faculty of Pharmacy not only with faculty clinics and close contact with patients, but also with a serious scientific base in natural sciences, there is also a Center for Medicinal Plants.

Last year, 583 applicants applied to the Faculty of Pharmacy in Brno, 395 of them came to the exams, and 245 were accepted.

Pharmacy at a Czech university in English

Category – Studying at a Czech university in English

The Czech Republic has the largest chemical university in Central and Eastern Europe – the Graduate School of Chemical Technology in Prague.

The Higher School of Chemical Technologies does not offer the specialty “Pharmacy”, but there is a training program “Synthesis and production of drugs”, which trains specialists for the pharmaceutical industry. This specialty is suitable for applicants with an interest in pharmaceuticals who do not want to work in pharmacies.

Also at the Higher School of Chemical Technologies there is a specialty “Drug Analysis”, which trains specialists in the control and registration of medicines.

Enrollment in these specialties of a pharmacist in the Higher School of Chemical Technology takes place without exams. Applicants are accepted on the basis of a rating in accordance with the grades in chemistry and mathematics for the last four years of school.

The most important thing is to perfectly know the material of the Czech gymnasium in chemistry. You will also need a good knowledge of biology and physics.

Modelové otázky Charles University for admission to the Faculty of Medicine

Pharmaceutical faculties in the Czech Republic do not require certificates of knowledge of the Czech language from foreign applicants, but in order to cope with the entrance tests, it is necessary not only to know Czech on B2, but also to possess special terminology.

Work as a pharmacist in the Czech Republic

Employment opportunities after graduation from the specialty “Pharmacy” in the Czech Republic are wide. Graduates do not necessarily have to go to work in pharmacies, they can do research or become representatives of pharmaceutical companies.

Textbooks for admission to medicine at Charles University

Tips for admission to the medical faculty in the Czech Republic