How to use public transport in Prague 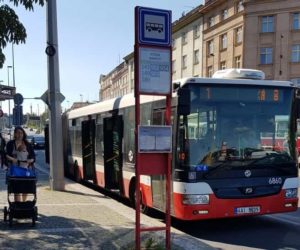 City buses in Prague are quite convenient. City bus lines in Prague mainly travel short distances, while intercity buses travel long distances. Buses that travel to remote corners bring passengers to the metro in Prague. Many Czech residents who live outside Prague use this opportunity to travel to Prague to work. The stops of such buses are usually located at the final metro stations or at the stations closest to them.

I love them very much. Unfortunately, not everyone is as comfortable as in the photo. There are also old models, but new ones prevail. 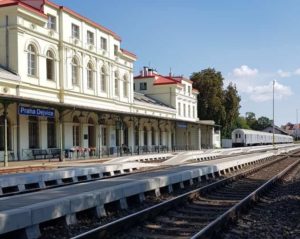 Railway in Prague. There are 11 main lines of the city railway in Prague. Trains make stops around the city and continue to move to other cities of the Srednechesk region. City trains in Prague are convenient for those who live near the train station or travel long distances.

National dishes of Czech cuisine. What to eat in the Czech Republic 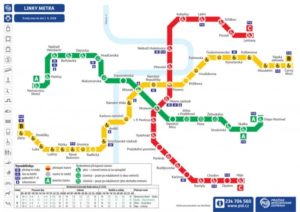 Diagram of metro lines in Prague

The Prague metro consists of three branches: A, B and C. They intersect with each other to transfer passengers between the lines.

How public transport works in Prague

In order to find out the exact bus schedule for the city there is an IDOS application. You need to ask from where and where you are going and your path will be paved. To travel only in Prague, it is enough to have a PID Lítačka — the principle of operation is similar, and there is an English version. There is also a web page of the transport company — DPP.cz .

It is very pleasant to ride the tram if you want to look out the window at the beautiful Prague. Locals say Prague ends where the tram goes.

The scheme of all transport

The big plus of the entire transport network is that you can get to any point in a maximum of 40 minutes. Basically the road takes about 20. 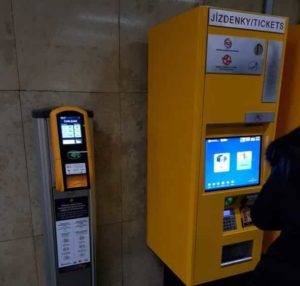 How transport works in Prague. In Prague, there is a single ticket for all types of transport. This means that from the moment the ticket is composted, you can use all modes of transport in Prague until the expiration date of the ticket.

How to buy public transport ticket in Prague. One-time tickets can be purchased at vending machines that are located in the subway and at bus stops. Some vending machines accept contactless cards so that you don’t have to worry about looking for coins. You can also buy such short-term tickets from the bus driver, but a little more expensive. A ticket for transport in Prague becomes valid from the moment it is composted. This can be done at the entrance to the metro, in the bus or tram in Prague. Also, tickets for public transport in Prague are sold at newsstands (chesh. Trafika), which are located near stops where there are no ticket machines. Tram or bus tickets in Prague can be bought directly from the cashier at the kiosk.

The cost of public transport tickets in Prague 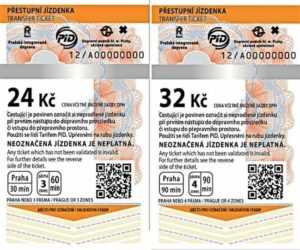 Tickets to Prague public transport are valid not for one trip, but by time. How many modes of transport will you have time to change, there will be so many trips. There are several types of travel cards:

Unified tickets have been introduced in almost all major cities. They give the right to travel on any public transport in a certain period of time. The penalty for stowaway travel is 1500 CZK. 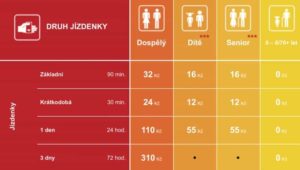 Customs of the Christmas Advent in the Czech Republic – Advent holiday

There is also an opportunity to buy a ticket for transport in Prague for a longer period, for example, for a month, three, six and a year. For an adult, a monthly travel pass in Prague will cost 670 crowns, but students or pensioners will pay only 130. Not a bad difference, right?

You can buy a travel pass in Prague at yellow vending machines at bus stops, at Trafika kiosks, directly in some trams or by SMS if you have a Czech SIM card. Long-term travel passes in Prague can be purchased at metro windows, through the PID Litacka application and on their website. 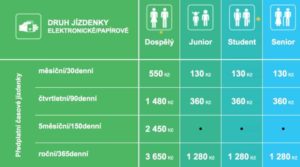 All Prague city transport runs on schedule. Bus and tram schedules are available at each stop and in the app. The paper version shows the previous stops, the subsequent stops and the time you will spend before each of them. There is a timetable on the poles near the stops. Prague’s public transport schedule is divided into weekdays and weekends. It’s very convenient! No need to stand on the street waiting for the right tram or bus for extra time! In addition, you can calculate your travel time in Prague in advance.

Paper timetable at the bus stop

How to use transport in Prague?

How to get to the right place in Prague by public transport. The free Pubtram app or the idos website will help us with this. The first application, as for me, is more convenient. Just enter the starting stop, the ending stop and, if necessary, the departure or arrival time.

Idos applies to the whole of the Czech Republic, so check if it does not send you to another city for a stop with the same name. You will see all possible options with different transfers or a direct message, just choose the appropriate one.

Pubtran app – how to get to the right place in Prague

how to use in Prague public transport. Trams and buses run at night in Prague, the schedule can also be found at the bus stop. Night routes are outlined in a blue rectangle.