The Czech cheese list is not as rich and varied as French, Italian, Swiss or Dutch, but Czech cheeses are no worse

We are talking about three cheeses invented by the Czechs, and which you will most likely be able to try only in the Czech Republic. 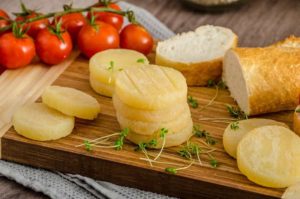 A very special Czech delicacy with a specific smell and a very delicate taste. They make such cheeses from sour cottage cheese.

Olomouc cheese curds appeared to the world by chance. Peasants in the distant 15th century wanted to keep cottage cheese edible for longer and salted it. Later, the technology was improved, industrial production was established. Now Olomouc cheese is made like this: sour cottage cheese is mixed with salt and a couple of secret ingredients. This mixture is filled with containers and left for some time without oxygen access. From the resulting mass, cheese is formed and left to ripen. After a certain time, the cheeses are washed with water and again give them a little time to ripen. And then — on supermarket shelves.

Olomouc cheese curds are very useful. Low fat content and high protein and calcium content is another reason for Czechs to be proud of this product. By the way, if you decide to try Olomouc cheese, gourmets advise not to eat the product immediately from the refrigerator, but to give it an hour or two to lie in the heat so that the cheese reaches the most delicate consistency. Well, you definitely need to eat it with beer. Czechs most often eat cheese with onions and black bread. And finally about the smell! Yes, he is not the most pleasant, but tolerable. 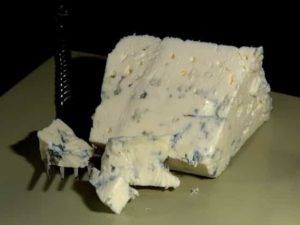 Semi-soft cheese with blue mold. It is made from cow’s milk and has a noble, slightly salty and spicy taste. Importantly, it does not have a pungent smell.

The popular Czech cheese “Niva” is eaten with bread, added to salads, made into sauce or simply served as a snack to wine. The cheese can be young or mature, depending on this, the consistency will change slightly. Cheese in the Czech Republic is sold in any supermarket. Try regular, gold and premium, the flavors are slightly different. 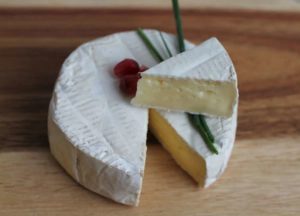 Perhaps the most popular cheese in the Czech Republic. Soft, with a white mold, Hermelin is an almost complete copy of the French Camembert. Camembert appeared in the Czech Republic during the First World War. However, the name “Camembert” was already protected by a patent, and therefore a new name soon appeared. In 1946, the name “Hermelin” was also patented.

The position of Smažený hermelín (fried hermelin) will meet you in the menu of any Czech institution. Cheese is grilled Grilovaný Hermelín or baked in the oven (troubě). Hermelin is a Czech soft cheese with a white mold. It tastes and looks very similar to French camembert. You will be served grilled cheese (liquid inside) with croutons and, most likely, lingonberry jam. You’ll lick your fingers! Especially with beer. 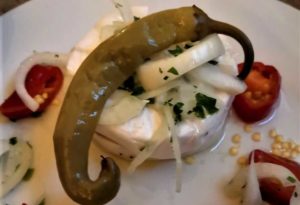 Pickled hermelin (Nakládaný hermelín). It is also worth a try, as it is an invariable Czech classic. Despite its small size, it is a hearty and rather savory snack for beer. In this case, the cheese is served with garlic, onion and hot pepper, all this is abundantly watered with olive oil. Pickled hermelin will be offered to you in all Czech bars without exception.

Every institution in the Czech Republic serves its own pickled Hermelin, but almost always it is very tasty. Of course, if you like such cheeses and such dishes at all.

Strange habits of the Czechs. Czech culture of life