Time to read: 5 minutes
Content hide
1. History of slivovice in the Czech Republic
1.1. Czech fruit brandy. What are they so good for?
1.2. Technology of making “Czech vodka”
2. Czech liquor slivovitz – types of Czech fruit brandy
3. How should I drink slivovitsa in the Czech Republic?
4. Czech vodka brands
4.1. Where to buy slivovitsa and which one to try?
5. Czech moonshine
5.1. Похожие записи: 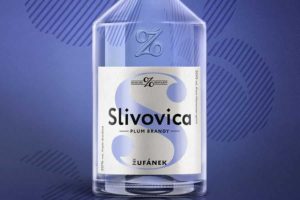 Vodka slivovice in the Czech Republic

Slivovice is a plum distillate (brandy) widely distributed in all Balkan countries, as well as in Slovakia and the Czech Republic, especially in the Moravian part. Slivovice or plum vodka is one of the peculiar “business cards” of the Czech Republic. It has an expressive fruit flavor with almond notes. They make this vodka using a technology that has remained virtually unchanged since the XIV century.

History of slivovice in the Czech Republic

The tradition of turning fruit into alcohol in the Czech Republic goes back to the distant XIV century. Then King Wenceslaus IV founded the first distillery in Kutnaya Gora (1400). There are also sources claiming that in Visovica, the modern center of slivovica production, already in the XV century a tax was levied for distilling plums. Gradually, “palirna” spread throughout the country and gave slivovitsa lifelong popularity.

Depending on the features of the technological process, the slivovitsa can be completely transparent or have a golden yellow color. This cognac shade appears as a result of aging in oak barrels. This kind of plum vodka is more similar to czech brandy: it has a mild taste, and in addition, characteristic notes appear in the bouquet. Slivovitsa is usually used as an aperitif. Slivovitsa is the second favorite Czech drink after beer.

Czech fruit brandy. What are they so good for? 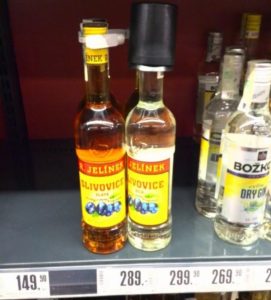 Ask any Czech what strong drink is the best in the world, and you will hear in response “slivovitsa”. The Czechs are very proud of this product, they call it a national treasure. What is slivovice?

Slivovice is a strong alcoholic drink (from 45 to 72%) obtained by distilling fermented plum juice. In fact, it is moonshine, the Czechs call it “Czech vodka”, but in fact it is a very pleasant drink. Czechoslovakian plum brandy fortress softens the velvety taste of ripe plums, sweet fruity notes and unobtrusive aroma of wood, if the plum was aged in oak barrels. Thanks to this, czech fruit brandy is drunk easily and gives the effect of light, pleasant intoxication.

The technology of making “Czech vodka” is as follows: ripe plums (sometimes after the first frost, so that the fruits reach the maximum concentration of sugar) are crushed in a container together with the bones (so the taste of the final product will be richer!) and they fill it with water. Fermentation of the mixture occurs due to natural yeast on the skin of plums and lasts 6-8 weeks. Distillation takes place in two stages, some manufacturers even carry out three. So, after two stages of distillation, 10 kg of plums become about 1 liter of the drink (strength of about 50%).

Slivovitz in the Czech Republic. The subsequent stages of distillation are used to raise the degree to 70. To obtain a deep, rich taste, ready-made brandy is usually aged in oak barrels or glass bottles from 3 to 8 years. It is best to buy a Slivovitsa with a strength of 52%, because it is an aged Slivovitsa of the highest quality, and it is not diluted with water. 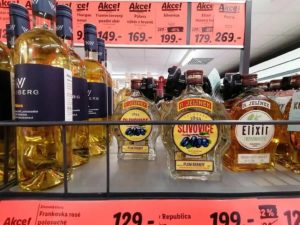 Czech drink slivovitz. In addition to large factories and medium—sized family distilleries, some people make such drinks at home – in small distilleries in the garage or basement. This type of activity is especially popular among residents of Moravia — the southern region of the Czech Republic, fertile for agriculture. Someone produces fruit alcohol illegally, because for every liter of drink you have to pay a tax.

How should I drink slivovitsa in the Czech Republic?

Slivovitsa is a great aperitif. But in the process of eating, it is also good. The main thing is to drink brandy exclusively in its pure form, you should not interfere with anything — you will not feel the taste. It is better to drink Slivovitsa chilled or at room temperature, although someone even likes to warm it up. Try and find your favorite way. 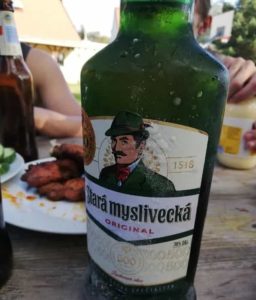 Among the most popular producers of plum vodka in the Czech Republic, it is worth noting R. Jelinek Group Se, ZUSY Ltd. — Family fruit distillery Žufánek, Stock Plzeń-Božkov s.r.o. and FLERET FRUIT s.r.o.

Where to buy slivovitsa and which one to try?

Best plum brandy in the Czech Republic. Drinks with a strength of 40%, 45% and 52% are on sale. You can buy it in any supermarket in the Czech Republic. Slivovice R. Jelinek is considered a classic of the genre, but you can take any one — you will not lose. And our personal advice is to try fruit brandy from the family distillery Žufánek. Its products are bottled in many bars of the country, but you need to buy it in specialized stores or on their official website. https://www.zufanek.cz/en/zufanek/

Czech moonshine or brandy, which is sold in stores, is not in demand among Czechs, because it has nothing to do with real “homemade” moonshine. Neither taste qualities, nor strength, which is usually sold in the store version of 45 degrees. If it comes to buying Czech bredy by locals in a store, then it most often becomes the popular Czech vodka “Stara Myslivecka” (“Old Hunting”). 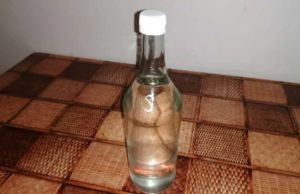 As for the real Czech moonshine, you can try it on bottling in any beer bar or buy a bottle in a local distillery, which are located in almost any Czech village. Czech moonshine, despite its impressive strength, is very easy to drink, leaving a pleasant fruity aftertaste in the mouth, and the concept of a headache in the morning does not exist in principle. According to local traditions, moonshine is not eaten in any way, so as not to knock down and taste the taste of the drink. In rare cases, they are washed down with ordinary cold water.

Often, even before use, the Czechs check the moonshine for quality by shaking the bottle. If foam has formed on top of the liquid, which then quickly forms a ring of small bubbles around the edge of the bottle – the product is good.

So, slivovitsa and other Czech fruit brandies are a great souvenir from Prague. Delicious, unique and inexpensive. Try it yourself!