Job interview in the Czech Republic

Interview for an employment contract in the Czech Republic. Bonuses at work in Prague

But still, there is a common thing everywhere. The standard interview procedure in the Czech Republic when applying for a job usually consists of two, and sometimes 3-4 stages. By the way, many large companies in the Czech Republic take an example from American and Japanese companies and conduct screening of candidates based on logic tests, IQ tests and English language tests online even before the interview. But in the Czech Republic, such a trend is just beginning to appear and I have not encountered it so often.

The main stage when applying for a job in the Czech Republic is an interview with HR in person or by phone.

Interview at a company in the Czech Republic 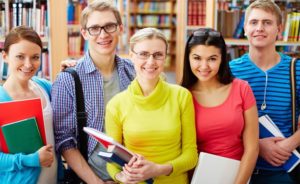 Most often, the first interview takes place over the phone, because senior managers and team leaders usually do not have time to review each candidate separately. HR will learn all the basic things from you and check your words for compliance with what is written in the resume.

The conversation usually consists of a presentation and a story about your work experience, previous positions, relationships with colleagues and boss, etc. After this official part, HR will ask what you already know about their company (of course, you need to read about it in advance!) and he will tell you briefly about it.

After that, there is usually a story about your potential team, the boss/team leader and the projects they are currently working on. At the end of the story, HR usually lists what bonuses they have in the company and what they pay for.

If you are a student and are looking for a part-time job (brigada) from the waiter/employee series in a clothing store and the like, then basically the employer is interested in the time when you can work. You will tell a little about yourself, then they will tell you a few words about the position, about the team, about the rules. It will take about 5 minutes. The rest of the questions will concern how many days you can work per week, which shifts will be more convenient for you: morning or evening. Will you be able to work on weekends and holidays.

Bonuses at work in the Czech Republic

Stravenky – we can say that these are food stamps. Usually, the company will pay 45-60% of the amount, and the rest will be cut from your salary. No matter how skeptical I was at the beginning, but as it turned out, this is a pretty convenient system. You are given coupons for an average of 2300 CZK per month and only 45% of them are cut, the rest is paid by the company. Anyway, employees are in the black, because almost all large super and hypermarkets accept these Stravenky.

MultiSport Karta is also a cool bonus from the company and it is usually paid in full or in part. Its total cost is ~800 CZK. This card is accepted in almost any gym, swimming pools and other sports grounds.

Benefit Plus – this card is very similar to MultiSport Karta, but it provides access to travel with travel agencies, spas and more. In the firms where it is provided, usually every month the company puts an amount on it (~700-1000 CZK), which can be spent immediately or saved.

Participation in the actions of your own company – there is not much to explain here. You, as an employee, are given the right to become a shareholder and earn money from it.

The fifth and sixth weeks of vacation are also not provided in every company.

100% paid sick leave (from a week to a month). This is also a bonus, because the usual sick leave is paid for the first days by 70%, and then the percentage decreases.

13th, 14th and 15th salary. Also, not all firms have it, and usually, if there is, it is the 13th salary according to the results of the year, which is paid in December – February, etc.

After this enumeration, there is time for your questions.

Features of personal income tax in the Czech Republic

How to pass a job interview in the Czech Republic

This is followed by a wait of about 1-2 weeks, during which you should be given an answer and, accordingly, invited or not invited to a further interview.
Job interview in Prague. If you have been invited to an interview. Then you need to prepare for it.

Of course, before the interview, I spent the whole evening collecting information about the company and about the people who work there. In Europe, all information about the company can be found on LinkedIn. Any company that has weight in the market will definitely be registered in this social network. And all intelligent students and those who want to work in the Czech Republic are simply obliged to have a line in their resume with a link to their LinkedIn page.

How to get a job interview in Prague. The third stage is an interview at a company in the Czech Republic with top managers and a team leader.

Most often, the third stage is the final one, where only potential employees are selected. At an interview with such managers, you need to come according to the dress code. It is better to find out from HR in advance, or just Google it on the company’s website. Of course, now everyone mostly goes to work “as they want”, but there are not a small number of firms in the Czech Republic where the dress code is still preserved.

An interview for a job in a company in Prague usually consists of several parts:

Acquaintance. You will be asked to tell about yourself (professionally), about your work experience, etc. And in parallel, they will ask a lot of questions to check whether you really understand the topic and can claim the stated position.

Technical specification. Of course, this point does not apply to everyone, but in technical areas it is simply mandatory. If you are, for example, a developer, wait for the code analysis or a brief compilation of the solution algorithm.

Interview for an employment contract in Prague

Free conversation. Be sure to include a line about your hobby in your resume so that there is something to complete the interview with. Czechs like to spend their time actively themselves and will always be happy to listen to how you spend yours.

Few firms practice further stages, but usually it is always similar to the third stage described above, only with other people (top managers, team leaders, members of the future team, etc.)

Types of employment contracts in the Czech Republic