Types of employment contracts in the Czech Republic and features DPP, DPC, HPP

The wording “preparation for work” – Připrava na budoucí povolání is quite widely used in Czech law and means persons who are trained for the purpose of further employment, more detailed in § 5 of the Czech Labor Code. This category includes university students and therefore students of universities in the Czech Republic do not need a work permit either for part-time jobs DPP or DPČ, or to work even full-time on a regular work contract.

Attention. Studying in ÚJOP courses is not “preparation for work”.

When you receive a residence permit card, you can clearly see whether you have free access to the labor market (or lack thereof) in a note on the front side of the card. In the block with notes on the residence permit map of the Czech Republic, “Yes” (Ano) or “No” (Ne) is now indicated opposite the line “Free access to the labor market” (Volný přístup na trh prace). This format of residence permit cards was introduced by the Czech Ministry of Internal Affairs in 2020 and has dramatically simplified the life of employers.

Student work in the Czech Republic DPP contract – up to 300 hours per year.

The contract for the work of a student in the Czech Republic DPP is strictly in writing and must include:

Features of personal income tax in the Czech Republic

You are only required to file a tax return if you have worked in more than one place at the same time.

DPC contract in the Czech Republic – up to 20 hours a week.  Employment Agreement. 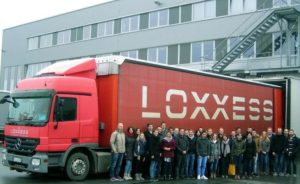 DPČ stands for “Dohoda o pracovní činnosti” (Agreement on working activity) and is usually used for long-term part-time jobs. A key feature of DPČ is the limitation on the number of working hours per week – you can work an average of no more than 20 hours per week. “Average” means that the load can be unevenly distributed over the duration of the contract (but not more than 52 weeks) and you work 10 hours one week, 40 hours the second, 10 the third, 15 the fourth, and the result is 18.75 hours on average, which does not violate the DPČ rules.
The DPČ agreement must be drawn up in writing and includes:

DPČ is already closer to the employment contract, and therefore already with an income of 2,500 kroons, social and health insurance must be paid. Personal income tax at DPČ is paid by analogy with DPP, and therefore you can not bother your head with an independent solution to the issue with the tax service.

All three types of contracts in the Czech Republic: DPP, DPC and HPP are regulated by Czech Labor Legislation. The contract is concluded exclusively in writing. Students who are already really in demand on the labor market are faced with a work contract in the Czech Republic “Pracovní smlouva”. For example, in parallel with writing a diploma, you can go to a full-time job and continue to work after graduation.
A working contract is the easiest option, because. you do not need to bother yourself at all and choose something. You work full time in the Czech Republic, all year round, the employer inevitably pays personal income tax for you (you will definitely earn more than 10,000), social and health insurance, but in comparison with DPP and DPČ, you have the right to regular vacation, maternity leave, a wide variety of bonuses, among which, first of all, there are coupons for food, fitness and much more.

Job interview in the Czech Republic

Pracovní smlouva HPP – Czech employment contract.  The contract is usually signed in triplicate: for the employee, the employer and the local social service.

HPP Full-time contract. Pracovní smlouva is the main type of labor contracts in the Czech Republic.  HPP – Hlavní prácovní poměr means full-time work. This is the most popular type of contract between an employer and an employee in the Czech Republic. When signing a full-time contract, an employee works 40 hours a week, has the right to 20 days of vacation per year (excluding weekends and holidays). According to article 75 of the Czech Labor Code, it is possible to have only one HPP contract with one employer.

The work contract in the Czech Republic HPP contains the date from which it takes effect. This is the day of the emergence of labor relations. In rare cases, the contract may be considered valid from the moment of signing, but this must be clearly stated in the agreement. The start date is important because before it occurs, each of the parties can terminate the contract.

They prefer to conclude an employment contract in the Czech Republic, limited in time, with all new employees. However, Czech laws limit the period of such an agreement to three years, with the possibility of extension for another three. After the total term (2 x 3 years), the contract is either terminated (for at least six months), or goes into indefinite mode.

A probationary period in the Czech Republic is permissible under an employment contract. As a rule, we are talking about three months (for senior positions – six months). During this period, the contract may be terminated at the initiative of either party. It is enough for an employee to submit a written application.

How to celebrate the New Year – traditions and customs

It has already been indicated that it is possible to terminate an indefinite contract (or an urgent one, but before its end) at the initiative of both the employee and the employer, if the fact of dismissal was warned by a written notice 2 months in advance. However, there is a rather strange, but strictly observed norm for calculating these two months. The start of the period will be the first day of the month following the month in which the notification occurs. That is, if you apply, for example, on June 5, then the two-month period will start counting only from July 1 and will end, respectively, on August 31. From this date, you can terminate the contract (quit).

At the same time, the employee is not obliged to indicate the reasons for dismissal, while the employer can only use the grounds provided to him by law (Zakoník práce § 52), which must be clearly indicated in the written notification. HPP is the most protected type of employment contract in the Czech Republic.