Laws of the Czech Republic for UK citizens, EU Citizens and their Family Members 2021

Amendments to the Law of the Czech Republic “On Foreigners” of August 2, 2021 for EU citizens, British citizens and family members of EU citizens

From August 2021, when living in the Czech Republic, EU citizens are not issued a confirmation of a residence permit (Czech Potvrzení o přechodném pobytu), but a certificate of registration in the Czech Republic for EU citizens (Czech Osvědčení o registraci). As before, this is a document without biometric data with a validity period of 10 years. It’s just a leaflet in the passport. Previously issued confirmations continue to be valid until the date originally indicated on them.

By the way, it is worth recalling that EU citizens have exactly the same rights in any EU country as local residents. Even obtaining the above residence permit is not mandatory – it is a right, not an obligation of an EU citizen. But still, doing a residence permit at your place of residence can be useful if you want to confirm your length of residence in the future and obtain permanent residence or citizenship.

Historically, EU citizens and their family members did not pay for obtaining a residence permit and permanent residence. Now this unfortunate misunderstanding has been eliminated and they will be charged 200 crowns each.

British citizens in the Czech Republic

Adoption of a package of amendments to law 326/1999 Sb. was caused by Brexit and the subsequent change in the status of British citizens in the EU. Actually, Brexit was as mild as possible for the British living in the Czech Republic (and, accordingly, for the Czechs living in the UK) – they retained all pre-existing rights.
For British citizens, the new amendments only introduce them separately from EU citizens, and also require them to obtain a new residence permit card, already with biometric data. For, as I wrote above, all third-country nationals in the Czech Republic (now this is the UK) are required to have documents from the Ministry of Internal Affairs with biometric data.

Visa to the Czech Republic for family members of EU citizens 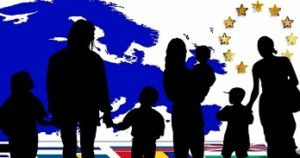 Close family members are now considered to be a spouse, a parent of an EU citizen under 21 years of age, as well as a child, parent or parent of a spouse who needs daily care and maintenance.

Visa to the Czech Republic for cohabitants

In turn, distant family members are relatives (without specification) or members of the household in their country of origin, if they were dependents of an EU citizen there. This also includes partners of EU citizens who are not married to them, but only have a common household.
Moreover, earlier in the law of the Czech Republic, cohabitation was described as follows:

Freely translated: has a permanent partnership with a citizen of the European Union, which is not a marriage, and also lives with him in the same household; when considering the permanence of partnerships, the nature, strength and intensity of the relationship is assessed first of all.

Now cohabitation in the Czech Republic for obtaining a residence permit began to be indicated as follows: 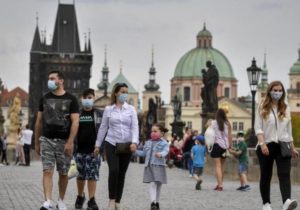 Moreover, a short-term visa may be refused;
in order to obtain a residence permit in the Czech Republic for a family member of an EU citizen, a distant member must provide proof of sufficient household income, as well as commercial health insurance in the Czech Republic;

See also  Obligations of foreigners in the Czech Republic - Law on foreigners, fines

distant family members are no longer eligible for special rules for obtaining permanent residence (after 2 years in the country, of which at least 1 year in the status of a family member of an EU citizen).

Otherwise, the differences in rights are small – for example, a distant family member is obliged to leave the Czech Republic immediately after a decision is made to annul his permission, and for a close one, this obligation occurs when the decision of the Ministry of Internal Affairs comes into force.
On the card of a close family member, “Přechodný pobyt – RP” is indicated, and on the distant one – “Přechodný pobyt”.

Cohabitation in the Czech Republic and permanent residence

Laws of the Czech Republic for family members.  Under pressure from the EU, the Czech Republic is beginning to issue documents with biometric data to family members of EU citizens who themselves do not have EU citizenship. Before that, they had an ordinary paper “book”. The exchange of documents is carried out at the Ministry of Internal Affairs free of charge, close family members of an EU citizen must hand over their current certificates by August 3, 2023, and distant ones – by the end of August 2022.
It is worth saying that the identity cards of EU citizens from August 2, 2021 are changing the format, they begin to contain biometric data.

The reason is the anti-terrorist measures in the EU, the introduction of biometric documents in absolutely all niches of border control promises to increase security and complicate forgery.

How to rent flats in Prague for a long time. What you need to know