Time to read: 4 minutes
Content hide
1. Amendments to law 326/1999 Coll. “On the stay of foreigners on the territory of the Czech Republic”
1.1. Insurance for a child born in the Czech Republic
1.2. Похожие записи:

Insurance for a child born in the Czech Republic

Amendments to law 326/1999 Coll. “On the stay of foreigners on the territory of the Czech Republic”

An amendment was also made to the Law on State Health Insurance, according to which a child born in the Czech Republic to a mother with a long-term residence permit is also a new insured person of state health insurance. Such a child is insured by public health insurance only for a limited period of time, from the date of his birth until the end of the calendar month in which he turns 60 days old. The insurance premium for a child is paid by his legal representative (usually a parent). The birth of a child must be reported within 8 days to the Health Insurance Fund in which the mother of the child is insured; if the mother of the child does not have state insurance in the Czech Republic, then the insurance company in which the father is insured, if he also does not have state insurance in the Czech Republic, then it is necessary to report the birth of the child. child to VZP CR.

Law on the exclusivity of the insurance company PVZP for insurance of foreigners in the Czech Republic. The law will be valid for 5 years from the date of entry into force on 02.08.2021.

Insurance for a child born in the Czech Republic

But inevitably, they were not insured against cases of problematic childbirth, albeit rare, but regularly occurring in the Czech Republic, when the child ended up in an incubator for months and even the best insurance for pregnant women could not cover all the expenses for the child in the maternity hospital.

Previously, until 08/22/2021, even the best insurance for pregnant women in the Czech Republic for 130 thousand crowns had an insurance limit of 1 million Czech crowns, which is frankly not enough when it comes to a child’s stay in an incubator for several months, because it costs about 30 thousand kroons per day. 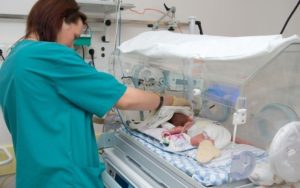 In accordance with the amendment to the Law on Foreign Citizens in the Czech Republic, newborn children of foreigners who have lived in the Czech Republic for a long time will automatically receive an insurance policy. A document for a period of at least two months will be issued to them immediately after birth in a state insurance company.

Children of foreign citizens will receive state insurance until the end of the month after which they turn 60 days old. Next, you will need to purchase a commercial health insurance policy, unless another residence permit is issued to the child.

Insurance contributions to the relevant company must be paid by the legal representatives of the child or his guardians. Payment is made once for the entire period: from the first to the last day specified in the policy. Its base price is equal to twice the national minimum wage. This year the insurance premium is 162 euros.