The attitude of the Czechs to doctors

The attitude of the Czechs to doctors. Legal protection of a doctor in the Czech Republic

A doctor in the Czech Republic is one of the most respected professions. Patients will contact you:
Doctor, doctorka – Doctor.

When meeting new people, if you say that you are a doctor in Prague, you will immediately see respect in the eyes of the interlocutor. Sometimes you will even hear in response, “I could not study in medical, it is very difficult.”
The attitude of the Czechs to doctors. There are not so many foreign doctors in the Czech Republic, as, for example, in Germany or England. Therefore, the Czechs are wary of foreign doctors in the Czech Republic.

How many documents should a doctor issue in the Czech Republic

Czech hospitals are now suffering from a huge amount of paperwork. And this applies not only to doctors, but also to nurses, who practically do not have time for live communication with the patient, since everything needs to be recorded – feces, urination, eating, and if the patient is bedridden, then keep a protocol where the time when the patient was turned over is recorded.…
In the outpatient clinic, everything is much simpler.

Legal protection of a doctor in the Czech Republic 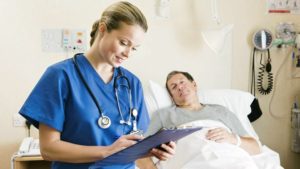 The attitude of the Czechs to doctors

If the patient has any complaints, he can contact the head of the clinic, the Czech Medical Chamber or the Ministry of Health. In cases where the patient thinks that something criminal has been committed, he can file a complaint with the police. Upon request, an inspection is always carried out, an expert is appointed who assesses whether the doctor did the right thing or not.

If the doctor has made a medical mistake, then the entire assessment of the situation must also take place, all circumstances are taken into account. The penalty is usually a fine, but according to the law, an employer can only take 4 and a half wages from a doctor. All hospitals and private clinics are insured and the rest of the usual will be covered by insurance. If it comes to a serious violation, then the doctor may be deprived of his license – temporarily or permanently. The most severe punishment is prison. But the doctor will be put in jail only if he committed the premeditated murder of the patient or his medical activity led to serious consequences (again, we are talking only about intentional actions). If the doctor tried to help the patient, however, he did not correctly assess the situation or he did not have enough experience / knowledge, etc., then such a doctor will not be put in prison, but will be brought to another type of responsibility. Therefore, doctors in the Czech Republic are under greater legal protection.