At birth, each person receives his personal name and family name (surname), indicating that he is the son (or daughter) of his father, grandson — grandfather, great-grandson — great-grandfather. A surname in the Czech Republic can be rare and widespread, majestic or funny, but they can all tell why the ancestors of a person began to be called that way. We will tell you about the origin of Czech surnames. But first, a list of the most popular surnames in the Czech Republic.

The most popular Czech surnames

If we are talking about female surnames in the Czech Republic, then an additional ending is added everywhere – ová. For example: Anna Ivanovova.

The most common surnames in the Czech Republic

If you look through the list of Czech surnames, the most common will be the generic name Novak. The bearer of this surname is often the hero of numerous Czech jokes. Today in the Czech Republic, more than 70 thousand men and women bear the surnames Novák and Nováková. This suggests that the ancestors of the Czechs often changed their place of residence, and when they arrived in another city or village, they became novices – Novaks. If such a person was also short, he was called Nováček (Nováček).

Popular Czech surnames. Slightly fewer Czech citizens with the surname Svoboda, from which the generic names Svobodník, Svobodný, etc. were formed. The third place in the list of Czech surnames is Novotný, as a derivative of Novák, and the fourth is Dvořák (everyone who knows and loves music knows this famous surname of the composer). 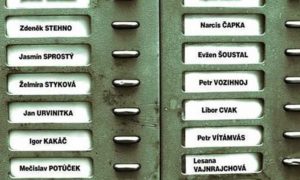 In the Czech Republic, the first surnames appeared in the 14th century. At first, Czech surnames were a kind of nicknames and could change during a person’s life. Moreover, each family member could have his own nickname. These second names helped to identify people better, to register them more precisely. And to prevent riots when collecting taxes, future surnames began to be inherited. In 1780, the use of generic names was legalized in the Czech Republic.

The law obliging the entire population to bear ancestral surnames was issued by Emperor Joseph II. Before that, it was a privilege of the nobles, who needed to pass on their surname by inheritance. Since at that time the state was feudal, today there are many Dvorakovs among the Czechs (something like dvorovs). This surname is the fourth most popular in the Czech Republic.

People took surnames by occupation, by the name of body parts or representatives of the animal or plant world.

See also  How to send a registered letter by Czech mail to a university, MVCR or any other place

The generic names of people living in the city and the village were also different. Citizens’ surnames sometimes corresponded to their belonging to a certain stratum of society. To the noble family name, as a rule, the place of residence of the family was added. For example, Kozheshnik from Trotsnov, Lansky from Lobkowitz. The nobles, much earlier than the commoners, began to pass on ancestral names by inheritance, thereby showing their noble origin. One of the oldest noble families in the country is the Cherninov family (11th century).

Such surnames as Knedlik, Cibulka (onion) make it clear that the Czechs have always been great gourmets, and nature served as a source of inspiration for them (Brziza — birch, Gavranek — voronenok, Shipka — rosehip, Vorzhishek — mongrel, etc.). Czech generic names were used, which reflected the religion: Krzhestyan (Christian), Lutrin (Lutheran).

The origin of Czech surnames

Funny Czech surnames appeared, which were used to call representatives of religions that are non—Catholic (Filthy pagan), or who spoke about some quality of a person’s character (Sodomka — from the well-known Sodom in the Bible). And apparently due to the fact that the ancestors of modern Czechs with humor everything was fine, there are such family names as Geysek (frant), Beran (ram), Cisarzh (emperor), Voganka (tail), Pletikha (gossip), Brzhihachek (potbellied) and others. 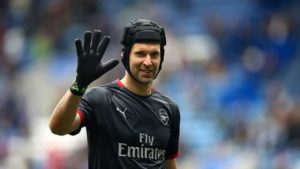 Petr Čech is a goalkeeper

The use of an adjective as a surname is common in many world languages, Czech is no exception.

Bosý (read as Barefoot) – literally translated as “barefoot”. Even for a Russian person, the surname sounds rather strange. I immediately want to ask: “Who is barefoot and why?”. In fact, this was the name given to mendicant monks who did not wear shoes.

Drobný (Drobny) – although the word literally means “small, tiny”, the surname comes from the word droby – “giblets”. That used to be the name of the people who sold these offal.

Krutý (Kruty) – I wonder what you need to do so that you and all your offspring are accompanied by the surname “cruel”? Perhaps that’s what really evil and heartless people were called, but there is another version. According to her, the surname Krutý comes from the word kruta – turkey, and the breeders of this poultry were called so.

Křehký (Krzegky) – for literal translation, there are two meanings of this word – “fragile” and “tender”. However, most likely, the surname Křehký is only a derivative of the surname Křefký, or it was formed from the adjective zkřehlý, which means “frozen” or, more simply, “frozen”. However, it is still unclear under what circumstances a person could get such a surname.

Lichý (Lihy) – the word has three semantic meanings in the Czech language: “odd” (as an odd number), “false”, and also in the obsolete meaning “empty” (in the sense of “empty promises”). It was from the latter that this surname appeared, so they used to call pustolov.

Nejedlý (Nejedly) – literally translated “inedible”. The origin of this surname has not been fully explained by historians. According to the current version, it used to be called people who were overly picky about food or suffered from a lack of appetite.

Here, for example, is the Czech surname Post (Pošta). You call, say, a bank, and you get an answer: “Mail listens.” You think you got the wrong number, apologize, dial again, and there again: “Mail listens.” And how to react in this case?

Or, for example, Vítámvás. The phrase “Vítám vás” translates from Czech as “Welcome”.

The most unusual surnames in the Czech Republic

Kakač (Po _ p) today there are more than 100 people in the Czech Republic with such a rare Czech surname.

And the funniest Czech surnames, in my opinion, are the surnames Nevím (“I don’t know”), Nepovím (“I won’t tell”):

It remains only to add the shortest surnames in the Czech Republic: Áč, Cé, Ok, Ng, Qi, Šé.