How difficult is czech to learn? Comparison of czech and english-Distinction

Time to read: 4 minutes
Content hide
1. Is Czech related to English?
2. How difficult is czech language? Do all Czech words consist of horrifying clusters of consonants?
3. How to pronounce “ř“?
4. Distinction between czech and English. Why are Czech words usually longer than English ones?
5. Why do two varieties of Czech exist – standard and colloquial?
6. The main difference between czech and english. Why doesn’t Czech have articles?
7. Is czech a difficult language to learn?
8. Why do English verbs often have two Czech equivalents in the dictionary, e.g. to cook – vařit, uvařit?
9. Are there any priorities in Czech grammar a beginner should concentrate on when learning Czech?
10. How difficult is to learn Сzech?
11. Похожие записи:

How hard is it to learn czech? Frequently asked questions about the czech language

Is Czech related to English?

Yes it is. Both of them are members of the Indo-European family of languages ( compare: mother – matka, brother – brat, sister –sestra, three – tří). However, there are different types of languages: English is an analytical language and Czech is a synthetic language. Compare:  I do not understand (4units) – nerozumím (1 unit), by car (2units) – autem (1 unit). How hard is it to learn czech?

How difficult is czech language? Do all Czech words consist of horrifying clusters of consonants?

Well some of them do. Fortunately, they aren’t the vitally important ones. Actually how often do you ask people strč prst skrz krk  (stick your finger through your throat ) or vzcvrnkls (did you flick up)?

How to pronounce “ř“?

The articulation for ř derives from the palatal ř (not the French one). When you want to pronounce ř place your top and bottom teeth slightly together, purse your lips and whisper the following words – tri,  tri, tri. (without even trying to say ř it will come out by itself) If. this doesn’t help, consult  your teacher or a speech therapist. But don’t worry – Czechs know that this unique sound that they are very proud of is difficult and they will be mercy on you!

Distinction between czech and English. Why are Czech words usually longer than English ones?

Why do two varieties of Czech exist – standard and colloquial?

After the defeat of the Protestants at the battle of White Mountain in 1620, Czech almost disappeared as an official and literary language and was replaced in these functions by German. The spoken form of the language, however, continued to develop. During the National Revival at the beginning of the 19th century the standard form of Czech was gradually codified on the basis of the older form of Czech from the 16th century, which lead to the current difference between standard (spisovná čeština – SČ) and colloquial Czech (obecná čeština – OČ).

Christmas. Christmas traditions in the Czech Republic and Czechoslovakia

The main difference between czech and english. Why doesn’t Czech have articles? 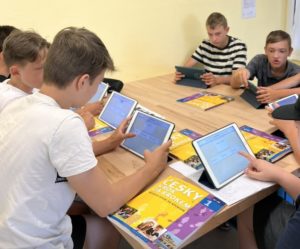 The absence of articles is the result of the historical development of the language. Their absence is compensated for by the flexible word order in Czech. Information that was already mentioned or is otherwise known is usually placed at the beginning of a sentence (English uses the definite article the, here).

Levels of knowledge of the Czech language

Is czech a difficult language to learn?

There are three grammatical genders of nouns:

It’s important to know the gender of a noun because the gender determines how each noun is declined (how to make its case endings). Luckily however, you don’t have to learn the gender of every new noun you meet by heart! Words which in the nominative sg (= the form that you find in the dictionary) end with a consonant (student, banán) are often masculine, words that end in-a( kava), are often feminine, and words that end with -0 (auto) are often neuter.

Why is czech language so difficult? Gender differences don’t only affect nouns, but also some other words. Compare:

Why do English verbs often have two Czech equivalents in the dictionary, e.g. to cook – vařit, uvařit?

Imperfective verbs, e.g, vařit (to cook), express the action as a process, as if it was being “filmed’. These verbs express unlimited, unfinished repeated actions. They have past, present and future tenses.

Perfective verbs, e.g. uvařit (to cook), express the result of an action or an action at a particular moment, as if it was being “photographed”. These verbs do not have a present form, they only have past and future tenses. Notice that for this reason in the glossary we translate forms of conjugated verbs marked with the abbreviation pf. into the future tense: e.g. uvařím {I’ll cook).

Is the czech language hard to learn? Czech aspects can’t be automatically matched with English tenses. Although there does exist a certain similarity. English tenses are frequently used differently from the Czech perfective and imperfective verbs.

The first Czech lesson for beginners

Are there any priorities in Czech grammar a beginner should concentrate on when learning Czech?

Opinions can differ, but the authors of this textbook believe that it helps beginners if they concentrate on the following priorities in this order:

How difficult is to learn Сzech?

Yes and no. Yes, mainly because it has so many different endings. NO, because it has a logical grammatical system similar to Latin, no more than three verbal tenses and just a handful of irregular verbs. However, do you know any language that is easy to learn?