Bramboráky in the Czech Republic. Types of Czech draniki. Features and methods of cooking Bramboraki 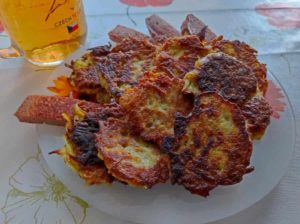 What are Bramboraki in the Czech Republic and how are they prepared? The national Czech cuisine is in many ways similar to Ukrainian and Belarusian. Since potatoes have long been grown on the territory of this country as the main vegetable, most dishes are prepared from it.  The name of the dish is derived from the word “brambor”, which means “potato” in Czech. Czech draniki Bramboraki.

Bramboraki they are considered a traditional snack of most Slavic and Germanic peoples, as well as Hungarians. By the way, earlier in the Czech Republic this dish was called tsmunda. Like the draniki we know, they are prepared from grated potatoes, flour, eggs, garlic and salt. Draniki is a national food in many countries, but it is Czech bramboraks that differ from all other potato tortillas in two spices: garlic and marjoram. Without garlic and marjoram, bramborak is not bramborak.

Czech bramboraks look more like tortillas, have their own subtleties and peculiarities in cooking. The Czech version differs from other potato pancakes with a pronounced taste of marjoram, there are several other types of this dish:

Special types of bramboraks in the Czech Republic:

In the mountains of the northeastern Czech Republic, bramboraks are baked on fire without oil and they are called “Sejkory” (Sejkory);

If potatoes are coarsely grated for cooking bramborak, then the dish gets the name “Strouhanec” (Strouhanec);

Mushroom bramborak according to the traditional recipe is called “voshouh”.

How to eat Czech bramboraki 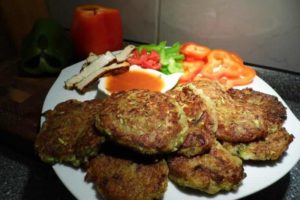 The culinary creation belongs to the section of “non-meat” dishes and can be served with various smoked meats. Traditionally, Czech potato pancakes are served with beer as an independent dish. As a separate dish, Bramboráky is also delicious with cabbage and smoked meat. One of the options is tortillas with cheese, ham or chicken. The selected filling is crushed, cut into thin plates. When cooking, a layer of potatoes, filling and potatoes are laid out alternately in the pan. Fry from 2 sides and get an excellent dish. Bramboraki can also act as a side dish. In this case, they are served with meat or goulash. Usually bramboraks in the Czech Republic are watered with melted butter or sour cream, and sprinkled with herbs on top.

After the surveys, Czech Bramboráky draniki deservedly received the title of the main national dish in the Czech Republic. And thus left behind even the Czechs’ favorite knedlík.

Bramboracka soup and its types 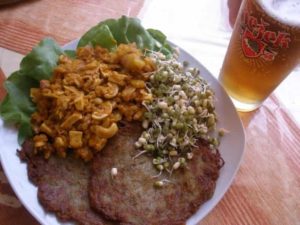 They turn out incredibly tasty, satisfying, tender, tasty, fragrant and crispy. Preparing is quite simple, try it!

See also  Czech knedlik— what kind of dish is knedlik

METHOD OF PREPARATION OF Czech draniki 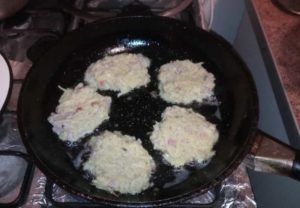 To begin with, we will prepare bacon or brisket cut into cubes. Chop 1 onion with a blender, now rub 500 gr of potatoes on a fine grater and lightly squeeze it. Break 1 egg, put the bacon, add aromatic herbs I have ground cumin, ground black pepper, a little salt. Mix everything well. Starch separated from the squeezed juice, put in the dough. Pour 100 ml of beer, mix. Put 3-4st.l. flour, mix the dough is ready.

Form small pancakes from the dough and fry them in sunflower oil in a frying pan. Traditional bramboraks are cooked in preheated oil on both sides until a golden crust forms. It is advisable to put ready-made pancakes on a napkin so that it absorbs excess fat.

What are knedlík and how are they prepared